Powering Up an Age Old Design 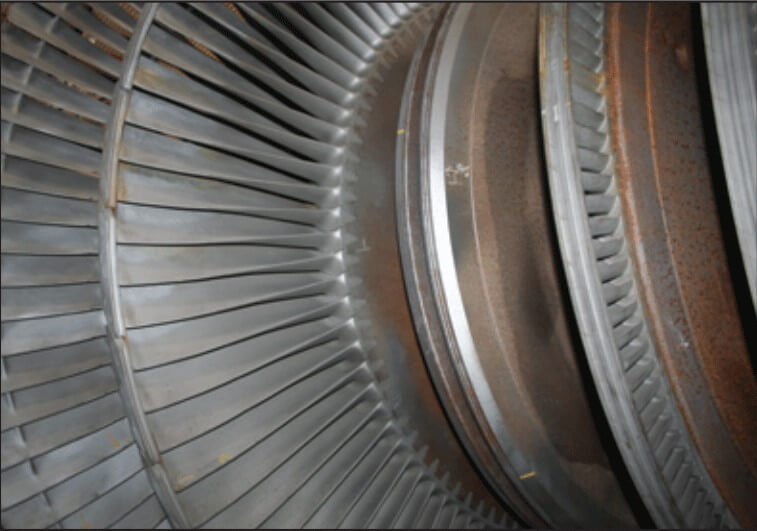 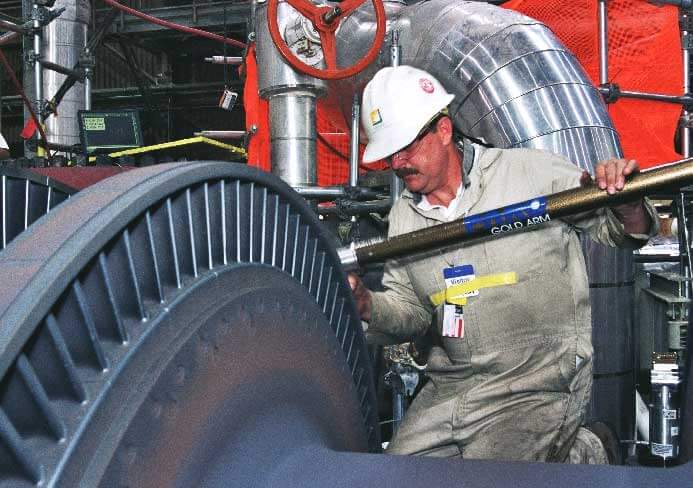 Verisurf Software helps power companies reverse engineer steam turbine rotor assemblies to support new and improved blading. Southern California Edison, GE, Alstom, Siemens, Mitsubishi, and Toshiba have all used Verisurf Software to create “as built” CAD models of existing rotor assemblies. Why go to all that trouble you might ask? After 130 years, steam turbines are still a wonderful and powerful design generating approximately 90% of the electrical power in the United States.

Most of the steam turbine power plants in use today around the world were built over 60 years ago, long before CAD and advanced surface and fluid analysis. When plants are taken offline, today for maintenance, repair, and overhaul, there is an opportunity to upgrade turbine rotors with more efficient blades that are capable of generating 8-15% more power from the same rotor configuration. The turbine housings are extremely large castings and the rotor assemblies have tight tolerances, which makes the design and integration of improved blades tricky. This is compounded by the fact that drawings and detailed plans for the original rotor assemblies do not exist; requiring a detailed “as built dimensional CAD model of the entire rotor coupling face, shaft, bearings, steam seals, and blading area.

Southern California Edison created Edison ESI in 1987 specifically to support the metrology requirements of its nuclear and conventional electric power generating plants. In the beginning, Edison ESI employed a team of people to capture 2D measurements using traditional hand tools (rulers, tapes, calipers, plumb-bobs), then return to their offices to assemble the hand measurements into a 2D drawing. As metrology software and supporting digital capture devices evolved Edison EDI standardized on Verisurf Software as their application of choice. As power utilities deregulated Edison EDI was able to offer services outside of Edison and quickly became the preferred choice among power companies worldwide to provide metrology consulting services.

“My team and I have traveled all over the world providing as-built and best-fit data for turbine fan retrofits. Our data has always been considered to be highly accurate gaining us the reputation as the go-to source for reverse engineering of rotor assemblies.”

Turbine rotor assembly tolerances are extremely tight; errors can be catastrophic. A typical turbine fan can rotate at 3,600 RPM. At this speed, the blade tips are turning at close to mach speed. All components, including coupling face, bearings and shaft must match the rotor exactly.

Verisurf Reverse Software was selected for its power, flexibility, and ease of use. It is capable of processing scan or probe data to produce usable 2D or 3D manufacturing models. Developed on a robust CAD/CAM platform, Verisurf Reverse is able to support the final deliverable of an intelligent CAD model. Retrofit turbine fan manufacturers are able to import the data directly into their CAD/CAM application and provide a best-fit for the new fan. Reverse engineering of the rotor assembly requires probe data as opposed to scan data – which means fewer data points but greater accuracy. Typically a Faro Platinum portable CMM was used for probing. Given the nature of the rotor assembly, the final output is a 2D CAD model.

Due to the location and size of steam turbines portability of the overall metrology solution is important. Verisurf Software operates on a 64-bit, PC laptop platform. Portable CMMs and scanners, though highly sensitive measuring devices are also easily transported in suitable travel cases. Since Verisurf serves has a common metrology platform, compatible with all digital measuring devices, it is just a matter of selecting the right digital measuring device fixed CMM, portable CMM, laser scanner, laser radar, etc. Verisurf supports them all.